By the time #Baahubali movie ended, I knew my view of movies and actors had changed forever. The magnanimous movie, the enormous sets, myriad of emotions, portrayal of characters and the actors who did complete justice to the story had shown me how powerful and beautiful movies are. It can transform, influence and inspire us to do better, dream bigger and follow it no matter what. That’s what exactly #Shivudu did – he followed his dream of finding the girl by scaling the heights although everyone believed he couldn’t.

After watching #Baahubali on the first day of its release and getting smitten by the #handsomehunk #realhero #Prabhas, it was pretty obvious how I would spend that weekend. I had to know more about this tall (literally standing at 6 feet tall) stunning young man who I knew will be the talk of the country winning millions of hearts after #Baahubali.

I came home astonished and then began my crazy quest of getting to know #Prabhas. Google was handy in providing all the basic info I needed to know including his filmography. After reading through his filmography, I remembered that almost a decade ago I had seen #Varsham movie which was a huge hit those days and had garnered Prabhas the name and fame in Tollywood. To start with my binge movie nights, as first, I chose #Mirchi for my Friday date night with Prabhas at the comfort of my home. Koratala Siva’s first venture as director was Mirchi starring Prabhas & Anushka which was one of the Biggest Hit’s of 2013, also catapulted Prabhas from ‘an actor who can deliver hits’ to ‘an actor who has the potential to create industry records’ if backed by a good script (Source: Wikipedia).

Until now, I knew Prabhas as #Shivudu alias #Baahubali enacting and embodying the historical fictional character of a King from an ancient Indian kingdom. Watching Mirchi, I was curious to see him in a family drama/love story woven in the current times. The movie began with #Prabhas as Jai playing a musical instrument on a street in Italy. His style and mannerisms of a happy go lucky guy was perfect. Prabhas is a sight for sore eyes in this movie oozing uber cool looks and mischievous smile.

5 minutes into the movie he shows you why he is the ultra-cool macho hero with his first action sequence and dialogue delivery. I can imagine the whistles and claps filling in the theatre for one of his famous dialogue in the movie – “Cutout choosi konni konni nammeyali Dude”!  Ohh I so was right to fall in love with him right at that scene. I loved this scene for the way it was shot, showing how he can solve the conflict without having to really fight but with just talks which was also the overall message of the movie.

There is comedy all through the movie in both first half and flashback stories in moderation. I have many favorite moments in the movie that were apt. #Prabhas looks amazing in the shot where he gets stopped by Vennela (Anushka Shetty) who assumes he was the prospective groom. It was so funny yet romantic. I think only he can portray calm, friendly, confident yet smiley at ease in that scene.

#Prabhas and Anushka’s pairing is really good. They both complement each other and make us believe they are truly in love. An iconic scene of them where Anushka enquires Prabhas about his ideas for the girl he wants to marry is superb. The expression of love and playful attitude by both looks very natural.

Action scenes tops as well where his angry young man attitude is shown appropriately. The way Prabhas warns the villian’s aide and contruction/bank authorities who threaten his dad is mindblowing. The fight scene during the wedding and the climax are super action packed scenes.

He is back to his witty self when he reunites with Anushka in the climax scene where he asks her to marry him. What a great end to the blockbuster movie.

The songs – Pandagala, Idhedho Bagundey, Darlingey and title song are my favorites. Mirchi title song is a true hero introduction song common in any Indian movies. ‘Yahoon Yahoon’ and ‘Barbie girl’ songs with Richa are party songs and playful. While ‘Pandagala’ song illustrates the family values, reunion, and filling the years he has missed being with his father. The lyrics and music is nice combination to the way it is picturized. ‘Idhedho bagundey chali’ song is one of the finest and best romantic songs in the recent times. The romance captured in the song is simple yet powerful and shows how their friendship blossoms into love. He surely shows his lover boy side in this song. I love the bike scene, prabhas doing Anushka’s nails and best is the one where she is feeding him at office. His expression in each of these scenes are so amazing. ‘Darlingey’ is a masala peppy number and I like that they have used Prabhas’s most used word “Darling” in the song which he uses to address everyone in real life. 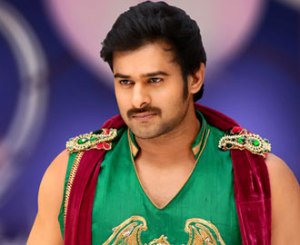 Past mid-night I finished watching the movie and was completely satisfied with my choice. I had picked a perfect movie for my Friday evening. My admiration for #Prabhas only grew with this movie. I was reassured that my craziness for him is justified. The mass REBEL STAR can carry any kind of role and character and this was proven in just two movies that I saw that day – Baahubali and Mirchi.

Mirchi and Prabhas won’t disappoint you in any way…there is action, drama, romance, comedy and a message too. I was enthralled yet again by #Prabhas. For his first attempt as a director, Koratala Siva garu has done a great job. Since my first watch, I have seen this movie on YouTube couple of times and now this movie is also available on Hotstar.

Over the next few weeks, I continued with my binge movie shows of all Prabhas movies. I will come back with another views of another favorite movie of Darling Prabhas. Until then, enjoy life, live merrily, and continue to dream what you aspire for (for me dreaming includes #Prabhas on a grand scale ;)).